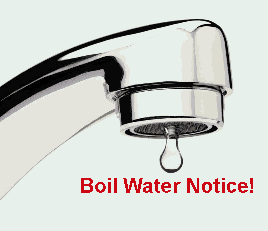 The City of Jackson has issued a Boil Water notice for all residents of the Capital City after resolving the power outage at one water plant and a leak resulting in low to no pressure at another.

If you’ve traveled through the Capital City on State Street, Old Canton Road, or Woodrow Wilson Ave, you would have noticed water standing or running down the road. The water system in Jackson has not been upgraded since the 90s, according to Jackson Mayor Tony Yarber. Recently Yarber’s office proposed a corrosion control study. The study is a requirement by the Mississippi State Health Department to avoid hefty fines by violating federal regulations, but the City Council instead ignored the proposal and voted against it.

Flint, Michigan is also having issues regarding their corrosion control that since initiated, has left Flint with lawsuits from lead poisoning in children.

According to the Centers of Disease Control, boiling tap water does not necessarily reduce or remove all contaminants instead increase the concentration of certain contaminants, such as lead, due to evaporation.

There has not been a statement from the Jackson City Council of why they voted against having this study performed, so what is there to hide other than neglect of the current water system in Jackson.

City Fines Passed on to Citizens »